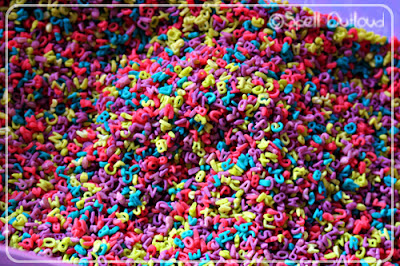 As part of our Letter of the Week studies, I decided to add an ABC Letter Box. 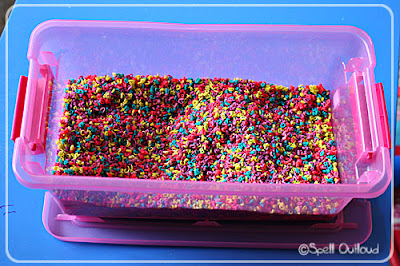 and then placed the mini abc’s in a shoebox. [I mixed about 1 T. of rubbing alcohol and 10-12 drops of food coloring to about 1 c. of dry noodles in a Ziplock bag. Spread on a paper towel-lined cookie sheet to dry.] 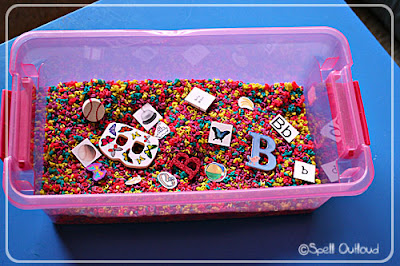 Next I added objects and different fonts of the letter we are studying to the box. 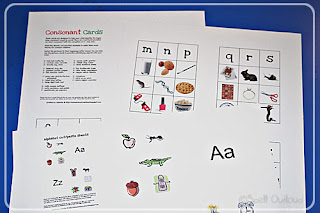 I printed out ABC images from Homeschool Creations at a reduced size to fit in our box. 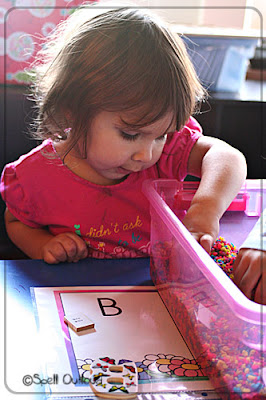 On the first day of the letter study I pull out the box and have the girls tell me the names of all the objects. We listen to the first sound the word makes. Then I point to the letter and tell them that this is the letter that makes this sound. Here are a couple more ideas:

I highly recommend:
ABC Themed Sensory Tub by Time for Tots (available for purchase $15.00)
They have everything all ready for you! A wonderful time-saver and they are wonderful to work with.