My kindergarten- 2nd grade class learned all about the nervous system. We talked about things like neurons and parts of the brain. We made a few brain crafts and played a game or two. Who knew learning about the nervous system could be so much fun? We covered this material over two class-periods, but I am condensing it to one post. 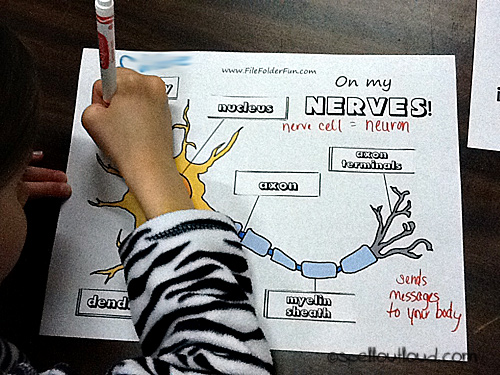 We started out learning about nerves. We learned that nerve cells are called neurons. These cells pass along electrical messages to each other. Using this wonderful Parts of a Nerve Cell worksheet from File Folder Fun, I briefly went over the parts of a nerve. The main concept I wanted them to grasp was that nerve cells pass messages along to each other and that they have special parts that allow the neuron to do that job. I introduced the terms axon and dendrite, but did not expect mastery at this point. They’ll get it again later. 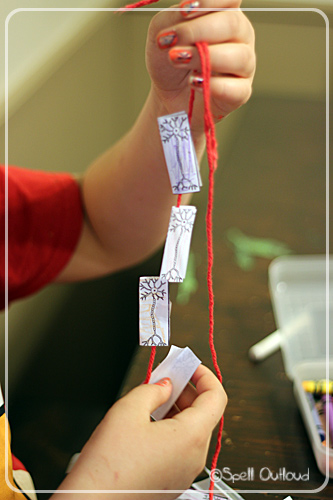 We then created “nerve necklaces.” This printable craft can be found in Scholastic’s Human Body Project Book.  When we were finished, we gathered in a circle and played a short game that demonstrated how neurons send electrical impulses to the next neuron. Students stood in a circle holding hands. The designated “start” person squeezed the hand of the person on his right, when that person felt the squeeze, they squeezed the next person’s hand. We would time how long it took for the “squeeze” to get back to the first person. 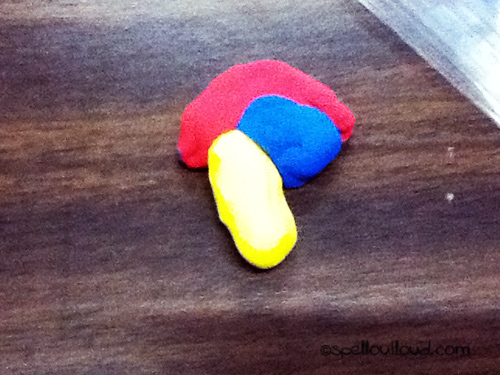 We talked about how the brain is the command center of the nervous system. It gathers all the information and then tells the body what to do. We learned about the three main parts of the brain: the cerebrum, cerebellum, and the brain stem. We made models of the brain out of modeling clay (Apologia book pg 151.) 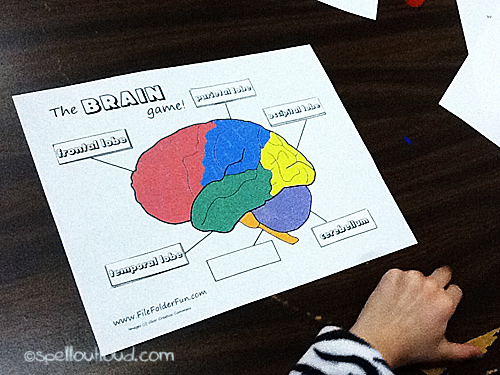 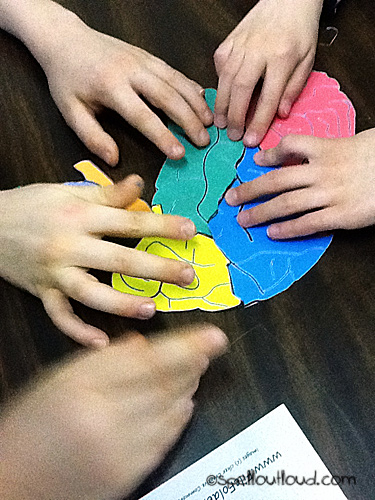 We also printed out a Brain Puzzle plus a mini-poster on the nervous system from File Folder Fun. She also has a couple cute crafts suitable for older kids.

Additional Activity: The Human Body Project Book has a printable brain-hat, which we made but did not photograph (I must have been busy.)

If possible, I always try to show the kids a related video clip. Schoolhouse Rock has The Telegraph System video which was perfect for this lesson! (video embedded below for those reading in RSS)

As always, my class had a take-home sheet and a coloring assignment in their human body coloring book.

You can see past lessons by visiting the Human Body Page.
Linking up to Science Sunday too (even though it is Tues.)