Since my class is following the scope and sequence of Apologia’s Human Anatomy book, we did one whole class about blood. Who knew there were so many cool things to learn about this vital body liquid? 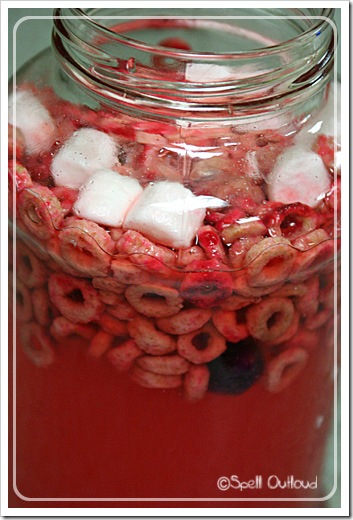 Thanks to Pinterest, I found this easy-to-make-visual of the components of blood. I forgot to take pictures of the supplies needed, but you can see the whole set-up at My Montessori Journey’s blog.  Yes, this looks so gross but the kids remembered the parts of the blood!

Jar of water dyed yellow: plasma
Cheerios:  red blood cells. I squirted red food coloring on them while dry and put in a small ziplock bag. Then when they were added to the plasma, they turned the water red (which is why blood looks red—because of the red blood cells)
Marshmallows: white blood cells
Purple pom poms: platelets

I used the coloring sheets from above (click the photo to see the other pages) to go over the role of each of the blood components. 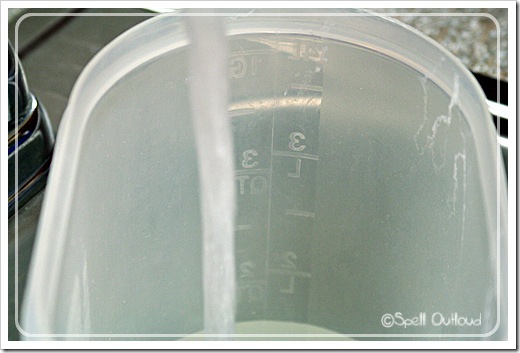 We learned that most adults have about 5 liters of blood. We filled a pitcher full of water… 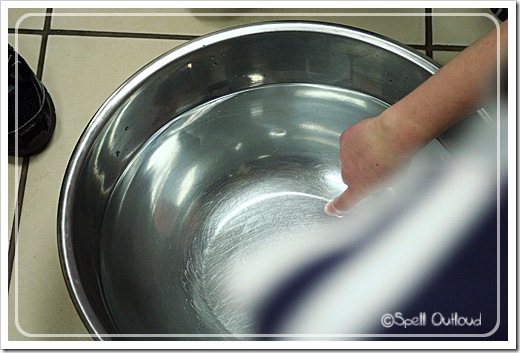 and poured 5 liters into a bowl. I thought it would have been cool to add some red food coloring for effect, but decided that as soon as I did that the bowl would probably get spilled. 🙂 This was a great way for the kids to visualize what 5 liters of blood looks like. 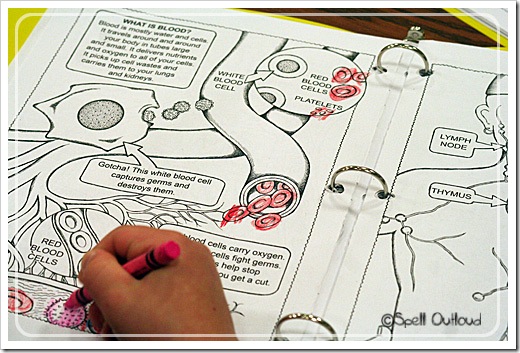 The My First Body Book has some great pages dealing with blood. We went over the page describing the jobs of each of the components: red blood cells, white blood cells,  and platelets. We also learned about veins and arteries and the “highway system” blood takes through our bodies. 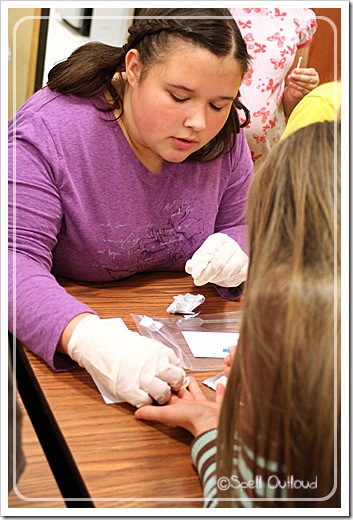 Now the older class had the option of seeing what type of blood they had. One of the teachers in our group is a retired nurse and another is a paramedic. They taught the middle-schoolers how to do the blood-type test and were on-location over-seeing the testing. This is my oldest daughter looking very confident in her role as blood-tester. 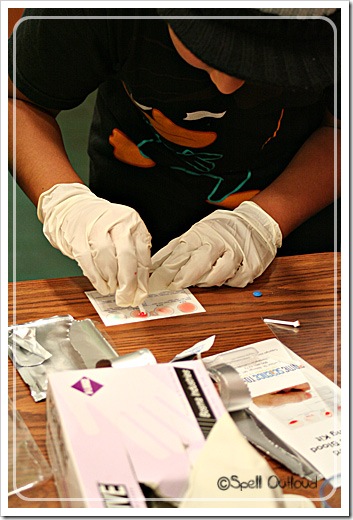 My son also did a good job preparing the blood-type test. I had my class watch how this was done and then we talked about different blood-types.

*We are done for the semester, so I will probably only have a couple odd-and-end things to post until after the new year. Then we’ll finish the rest of the units: heart, nervous system, our senses, skin,and the immune system.

You can see what we’ve done so far by visiting the Human Body Page. Linking up to Science Sunday too.