You are here: Home / PreK-K / If You Give a Cat a Cupcake

Rumor has it that today, July 14th, is Laura Numeroff’s birthday! So in honor of this special occasion I thought I’d share what we’ve done with one of our favorite books of hers— If You Give a Cat a Cupcake. 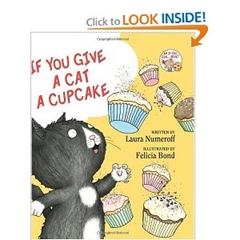 If You Give a Cat a Cupcake by Laura Numeroff

Summary: A little girl gives a cat a cupcake, which makes the cat want to add sprinkles. From there a mess occurs and the girl and the cat have several adventures which end up with the cat being reminded of sprinkles and cupcakes. 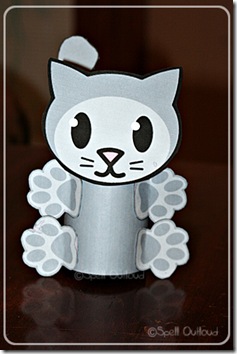 We made this cat out of a soup can! Isn’t it cute? 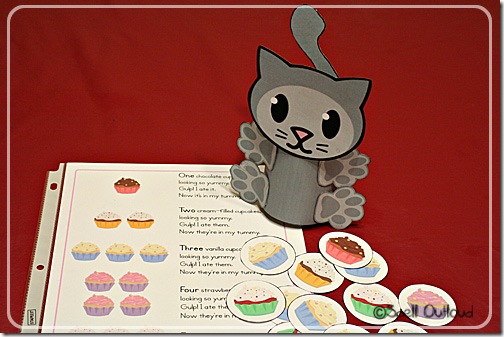 We used the cat along with a cupcake poem. We also used the cat for a counting game.  My daughter would roll a die and then “feed” the cat that amount of cupcakes. 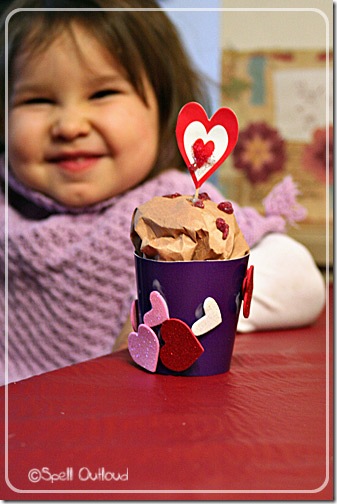 We made our own paper cupcakes. 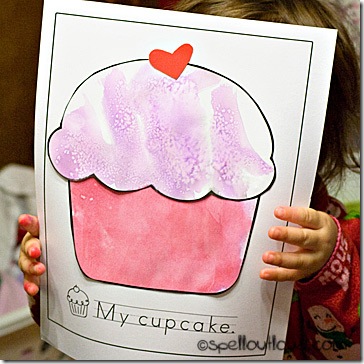 And we made a water color cupcake version. 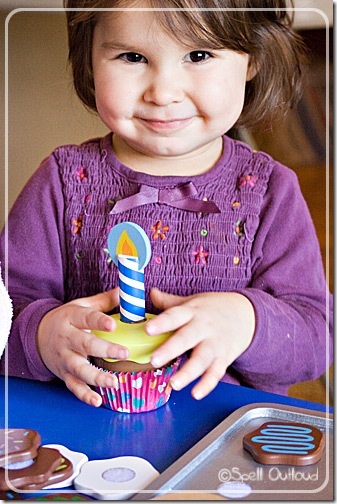 We had our own cupcake birthday party with our favorite cupcake and cookie toy set. 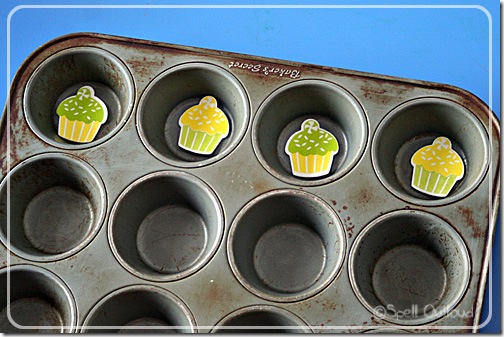 We did some cupcake patterning with cupcake foam stickers and a cupcake pan. 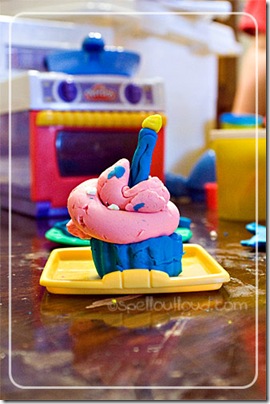 And made some playdough cupcakes too.

We played some of the games and activities from the cupcake unit made by 2 Teaching Mommies. 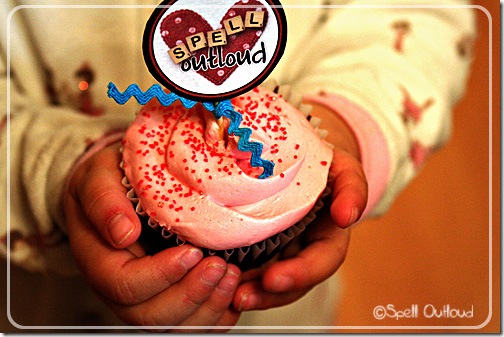 Of course it would also be the perfect reason to bake and eat your own cupcakes too!  (For birthday printables and ideas check out what we did during my blog birthday bash. There’s a  cupcake and candles game and more!) 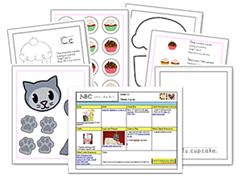 You can download the cat craft pattern and cupcake patterns under Letter C.  Harper Collins also has several book activity ideas and other printables on their site that go along with this book. 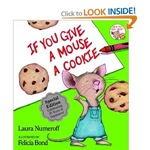 For more Laura Numeroff book fun, see what Ana from Ingles 360 came up with for the book, If You Give a Mouse a Cookie.