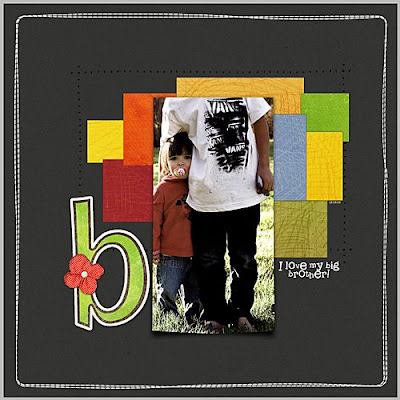 My DS has always been good with DD#3. When she was a baby, he would be so proud when he would get her to fall asleep in his arms. Even now, he takes good care of her. Yes, he can get annoyed with her when she goes in his room and messes with his Legos, but for the most part he likes taking care of her. There have even been times when she has fallen or needed help that she called for him to help her, and it better be him or else (Yes, she’s in that toddler phase and knows exactly what she wants–lol)

Oh, and you see that pacifier in her mouth? Would you believe that she never used a pacifier until her younger sister was born? We let her use it for awhile because we knew she was adjusting to her new role as big sister. But what once was cute, was starting to turn into a bad habit. She wanted it all.the.time. So a friend suggested pricking a hole in it so it wouldn’t work. I did that with one pacifier, but she still used it. So the next day I just cut off the whole end. I was bracing myself for a couple days of fits and tatrums. I placed the “broken” pacifier near her bed. When she found it, the first thing she did was ask Nate to fix it (I have to admit, that was cute!) Then she asked me. I told her that it was broken and that she needed to throw it away. And would you believe that she did just that! No tears, no fits—-nothing!! If I knew it was going to be this easy, I would have done it months ago. Here’s hoping that potty training goes just as smoothly…

I created this digital page using: