Two years ago I knew very little about robotics. While I still don’t know much, I do know a bunch of high school students who do! Two years ago I decided to become a mentor with our local FIRST robotics team, Team 1720 the PhyXTGears. I work with the non-build side of the team– the photojournalists, presenting teams, PR and whatever else needs to get done. 🙂 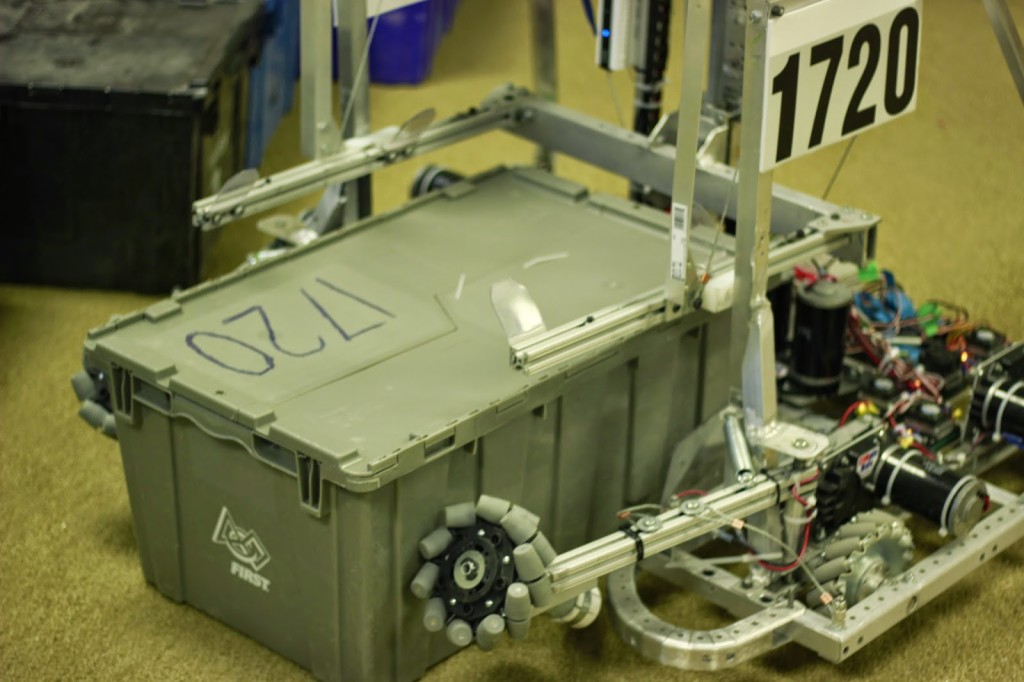 In January, the FIRST organization releases a new game challenge for all FRC teams. Our 2015 game challenge is called Recycle Rush. In a nutshell, we had to build a robot that could stack recycling totes plus a garbage can in a stack on a platform in a little over 2 minutes.

We had an awesome season! I am so proud of our students. They put in long hours, learned new skills, stretched themselves with minimal resources this year. At one competition, we won the Excellence for Engineering award. At another we won the Creativity Award! We were so shocked when our name was called!

During the events, our robot scored consistently well which kept us in the top rankings. This is the first year in a very long time that our team has qualified for the State Tournament and now the World Championship!.We were very surprised on how well we did this year!

We’re budgeted for the year; but, we’ve never qualified for state or the World Championship before. So, we don’t/didn’t budget for these extra competition in our annual budget!

I want to see my students go to state.

I want to see my students go to the FIRST World Championship in St. Louis!

When I see the number we need to raise (which will get us to this competition and help us with next season’s entrance fee), I am overwhelmed. But my Father owns the cattle on a thousand hills!

So, to do my part, I created a robot coloring & activity pack printable. 100% of the sales will go towards supporting PhyXTGears 1720 for the upcoming 2016 season. 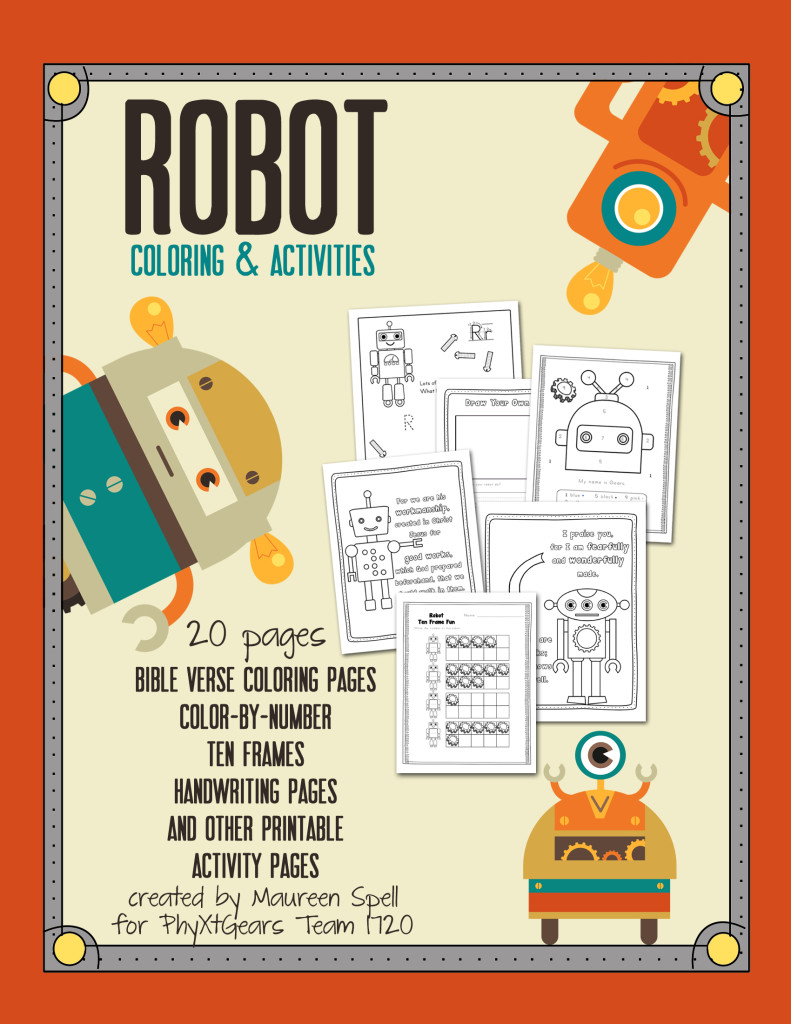 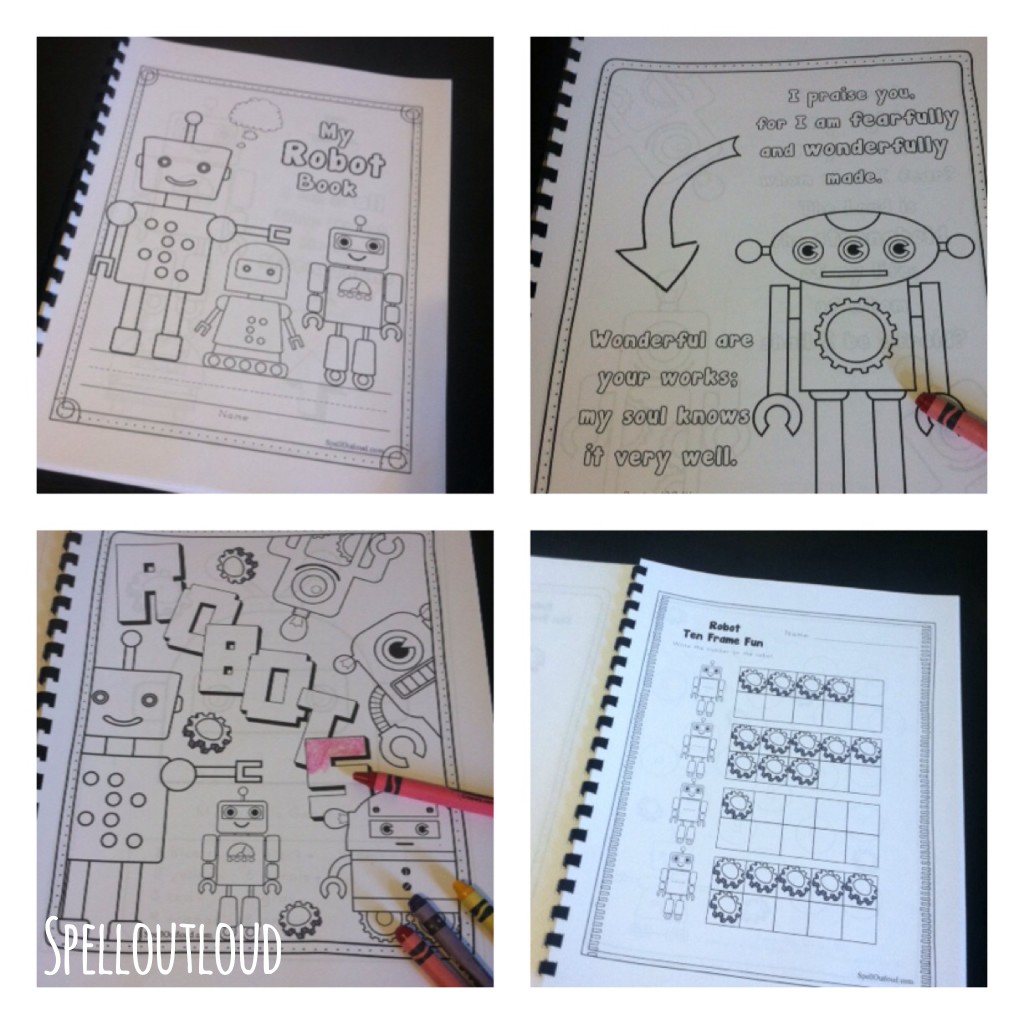 Print out and bind into a booklet! When you purchase the Robot Book, you will receive a digital file. No physical copies will be sent.

I printed the pages out and used my comb-binding machine (afflink) to make a booklet for my three younger children. There are 20 pages:

You might have noticed I only have a suggested price. It’s up to you. 🙂 All proceeds from this product will go directly to Team 1720. 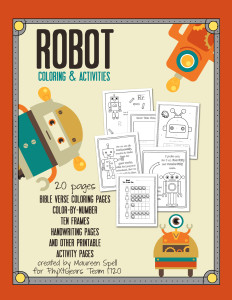 And can I ask a favor? Would it be ok if you share this with other parents, teachers and friends? For my small part, I would like to raise $500. That means I need to get the word out! 🙂 Thank you for your help. #omgrobots #totschool #preschool 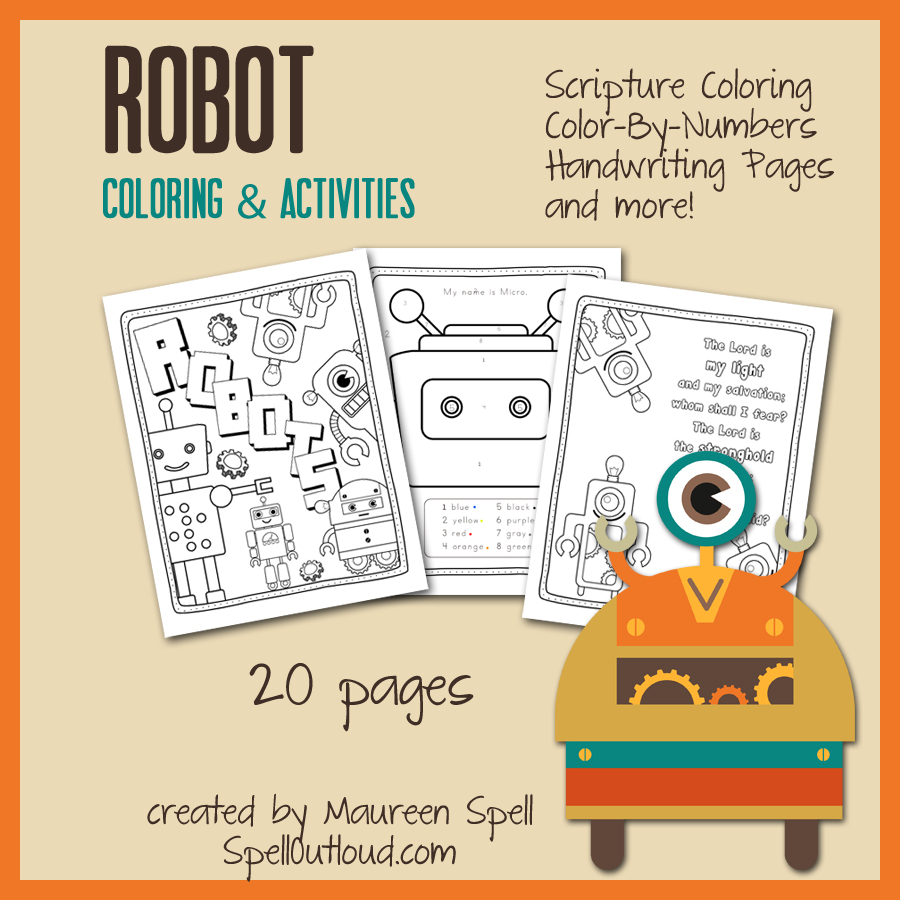