I listed some of the benefits of using scrapbooking as an educational tool in my previous post. I’ve been thinking about this subject for a couple of weeks, so the kids and I worked on some pages to show you what S.E.T. scrapbooking could look like in your school. 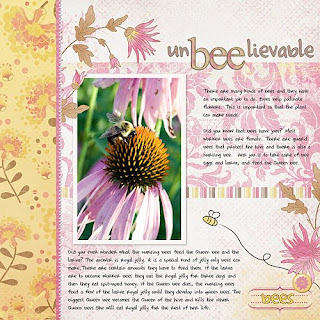 For one of her notebooking assignments for her insect class, my oldest daughter wrote about bees. We used a quick page, added the title and added the little bee. Then we typed in what she had written down on her notebooking page. I took the photo while visiting a butterfly garden. We just had to add it under the photo opening on the quick page. A very simple way to have kids start to scrapbook. 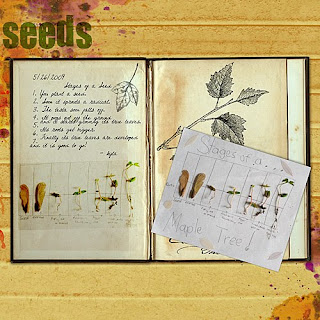 Now this page shows how you can incoporate 3-D memorabilia. This spring the kids went around the house and picked maple seeds/seedlings in various stages. Then they created their own visual of the stages. I took a picture of it and my oldest daughter incorporated it on her scrapbook page. She created this whole page herself. 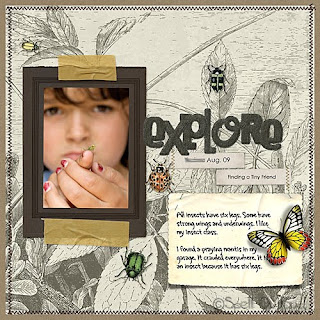 This is a page my middle DD and I worked on. We used another quick page to make the layout. Since she is younger, I had her dictate to me about insects while I typed. The picture is of her holding a praying mantis nymph. 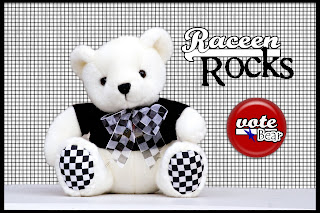 During the previous election season, I had my kids do their own stuffed animal elections. They each had to create a campaign poster for their candidate. This one was created by my oldest DD. 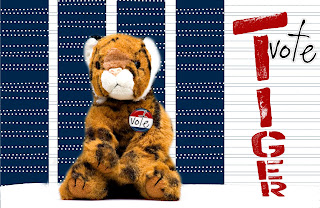 This one was created by my DS. After each campaign poster was made, they made their own 2min. campaign speech via a flip-video recorder. We uploaded both the pictures and the videos and had people vote. It was a great learning activitiy.

So here are just a few examples of S.E.T. scrapbooking. To give you a hint on how well it is going over at our house, my ds announced to me that he is only doing two things for school today, taking his math test and working on his scrapbooking page. 🙂 Tomorrow I’ll be posting on how to get started and some tips and tricks to implementing scrapbooking, whether paper or digital, into your school routine.