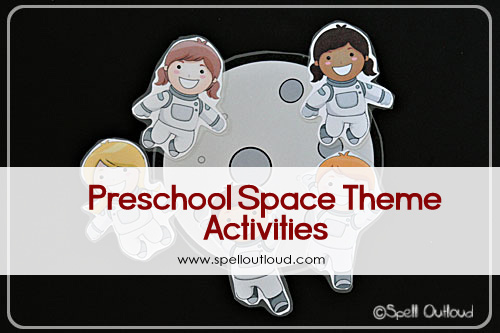 My family is involved in a weekly homeschool co-op and I love that I get to be the toddler/preschool teacher. I have 6 students ages 2-4. This week I decided to revisit the space/astronaut theme that I did with my girls at home.

I always start out with a book. Our first book that we read was 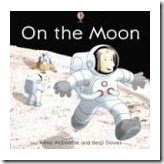 On the Moon by Anna Milbourne

Then we did a a couple songs and rhymes. First we sang “Twinkle, Twinkle, Little Star. 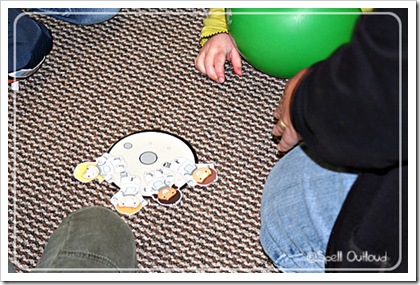 Then we sang “Five Astronauts Went out to Play”  using the astronaut kids to illustrate the song. It is also a great informal math lesson. You can find this printable  in my ABC section  under Aa is for astronaut. 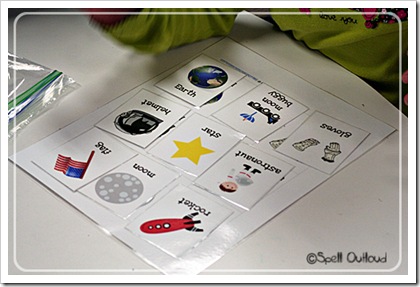 After singing time, I had the students break out into small groups and work on individual activities. Some did a vocabulary match. These are words found in the book. I printed and laminated one page to be the control card, and then printed the second page and cut it up. You can download this from Homeschool Creation’s Astronaut Preschool Pack. 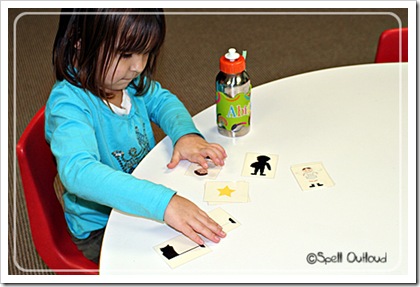 Some students worked on a shadow matching game, also found in the Astronaut Preschool Pack from Homeschool Creations. We  played with blue Playdoh, but I forgot to take pictures of that activity.

About half-way through the class (after snack etc.) We sat down for another book. 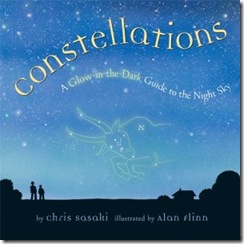 Constellations: A Glow-in-the-Dark Guide to the Night Sky

I didn’t read this book, but rather showed them some of the glow-in –the-dark constellations. They loved it! I talked about how sometimes groups of stars remind us of pictures. Then we looked at the picture and noted where the stars were on the picture. Next we turned off the lights –I thought they’d be a little afraid, but they loved seeing the stars glow! 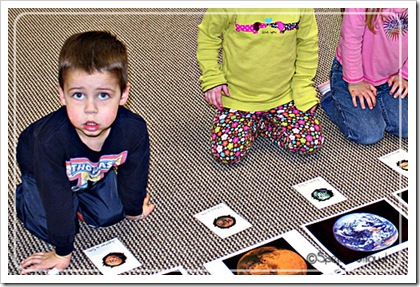 After showing the constellations, we talked about other things we see in the sky. Then I laid out photos of the 8 planets (something I got when I was a 1st grade teacher) and planet sequence cards from 1+1+1=1’s Solar System Preschool Pack. We counted the planets. We talked about which planet we live on. We pointed out which was the 1st, 2nd, 3rd etc. planets. Then we sang a planets song: 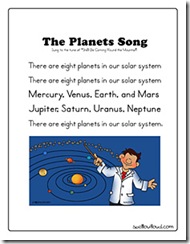 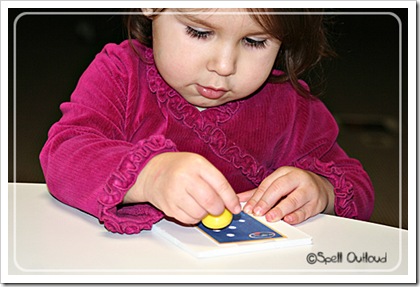 After that, we went back to the tables to do a pin-push activity. I saw this idea at Counting Coconuts (btw, she has a lot more space ideas on her site)  and knew the kids would love it. I cut some pieces of foam-core board  and then printed individual constellations.  The students used jumbo push-pins to mark a hole on the stars in the constellation. This was a hit!

Whew!  After all of that, some kids colored and others had time for some free-play. There are still so many cool space ideas that I have bookmarked that I might just stretch this theme out for another week! 🙂